You are here: Macintosh Home Automation With XTension

XTension has been automating the homes of Macintosh users since 1996! XTension provides more connections to more devices and protocols than any other comparable piece of software. Want to use an inexpensive X10 motion sensor to trigger ZWave lights? Do you want to integrate a kickstarter based sensor you bought into from it’s IFTT page and have it control the Zigbee lamp colors to alert you of a fridge outage? Are you a Maker who wants to experiment with Arduino based sensors or interested in the mySensors.com devices? XTension lets you tie all these different things together in one place.

There are so many home automation and monitoring devices out there! Many have iPhone control programs, others have web based control or online engines to build simple logic. When you’ve outgrown the dropdown menu of approved actions and are ready to link all the different systems together you need XTension.

XTension provides a standardized interface to all the different devices that we support. Using Apple’s standard AppleScript scripting language it’s just as easy to do simple automation tasks as it is with popup menus of actions but you’re not limited to the contents of those popups. Once you’re ready to move beyond the simple abilities provided by other tools XTension provides everything you need to take your home automation to the next level. Automation is more than just having an on/off switch on your phone. It’s having a system that knows what you need so that you don’t have to pull out the iPhone all the time. The problem has always been that it’s not possible to deliver a system that will do this for everybody out of the box, you have to be interested in being an active participant in it and thinking about what it should do. Whether you just want to manage some lights at sunset and keep the kids lights off when they aren’t in their rooms, or if you’re interested in getting under the hood to have better control over what you’re system does and tweaking it to your lifestyle and desires then XTension will provide you the tools.

XTension doesn’t need a “cloud” and so can operate remotely where there is no internet connection. Whenever possible it makes local connections to the devices you are controlling rather than going up to the cloud and back down again. This means faster and more reliable control without the latency of going up to the internet and coming back down for each command. This also means that it will keep running when your internet goes down and won’t slow down or hang up when the kids are streaming NetFlix.

XTension has best of breed web based remote control systems with separate setups for desktop browsers and mobile devices. While basic functionality for unit control is built in, the pages are fully customizable by you with many control types to choose from so that you can build the best interface for your systems just the way you want it. Build the interface by dragging and dropping controls in the Views inside the app and then deploy these interfaces to both the desktop web app or the mobile platform. To use these web interfaces from outside of your local network you will want a dynamic DNS account and some knowledge of configuring your router/airport with NAT to pass those connections back to your XTension server. XTension supports industry standard SSL web connections over these interfaces for safety and security.

GET THE LATEST VERSION! 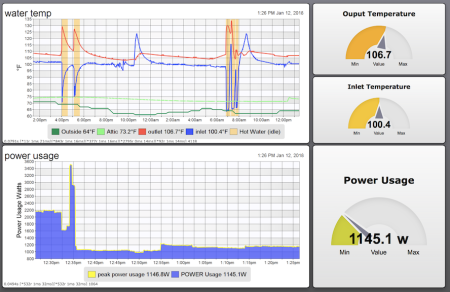 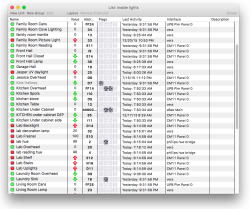 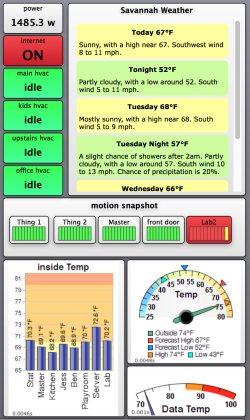 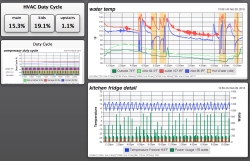 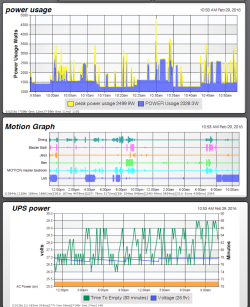 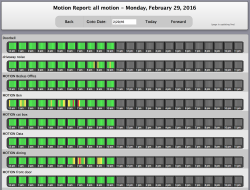 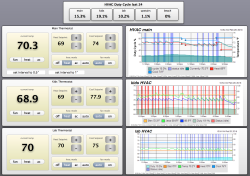 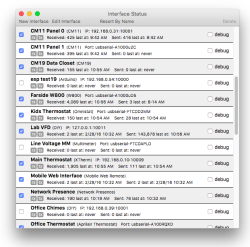 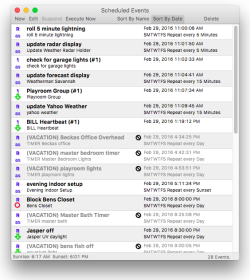 It's easy to build controls for your lights over there from over here. XTension can do this and so much more. Simple or complex scripts can be attached to any action or change in your list of units. The response can be simple, (when motion is detected on the porch turn on the porch lights for half an hour), or complex, (when motion is detected on the porch and it's dark out, turn on the lights for 30 minutes, if we're not home then take a picture from the camera in the driveway and send it via email to my iPhone email account and turn on the kitchen light for 10 minutes to make it look like someone is at home) by supporting the Apple Script language your scripts can be as simple or complex as you like. Start with the basics and add on and never be limited to the actions we happen to think of and stick into a popup menu of capabilities. You need not fear AppleScript! The simple actions are as simple with any other app and the impossible or impractical with menu driven action systems just require a little more thought.

If you're new to XTension please start at the Getting Started page, otherwise use the index or the search field to find what you're looking for.