The Advanced Tab of the Edit Unit Window contains some extra unit settings that let you further customize the response of your units to real life information. 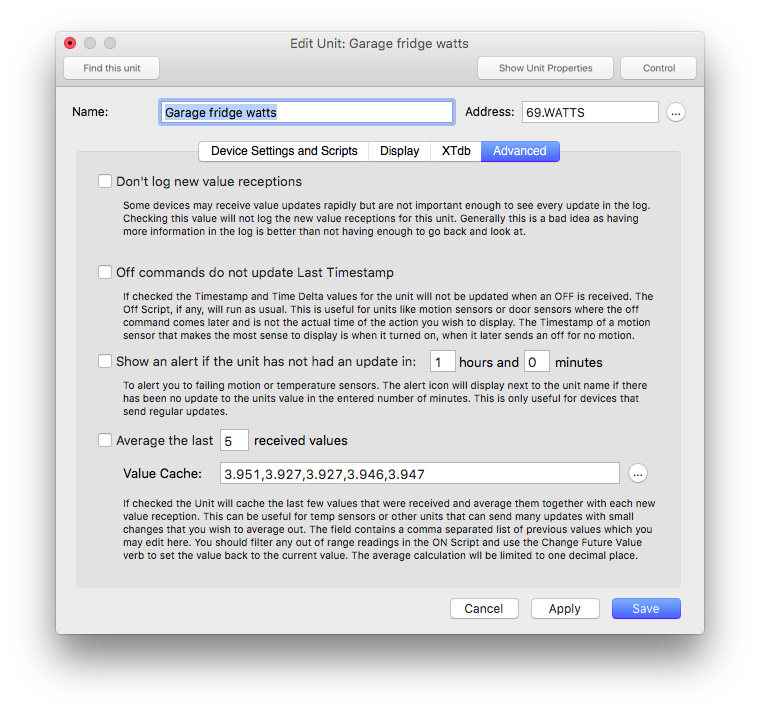 The count of received values is saved even if the averaging is turned off and those many values will be available via the xtPreviousValues property of the xUnit class even if the Average checkbox is turned off.